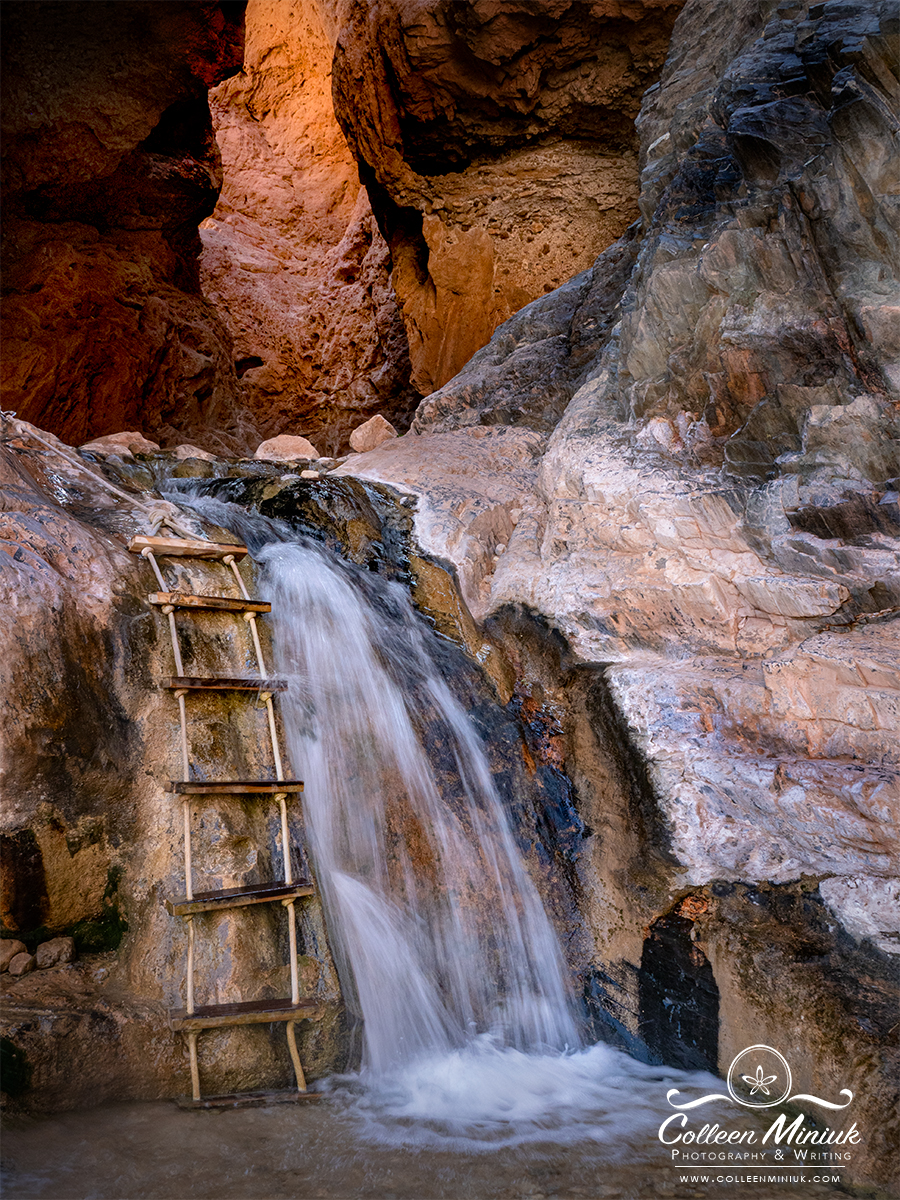 Dear Bubbles,
Do I really need to buy a UV filter? If so, should I keep it on my lens all the time? When using other my filters, too? Thanks,
~Marie

Marie, dahling, listen: you don’t have to do anything you don’t want to do. I own three UV (i.e., ultraviolet) filters, of varying diameters to fit various lenses, and all three have been collecting dust in the dark recesses of my closet since 2007. I won’t go so far to say they have no use, since technically they mine do not get used.

Manufacturers originally created the UV filter to block ultraviolet light from entering your lens. Because it is transparent to visible light, this filter does not impact sharpness or exposure settings (e.g. it does not take away light and slow your shutter speeds like a polarizer or neutral density filter would). Film is more sensitive to ultraviolet light so this type of filter helps to reduce a hazy blue cast that would occur on bright sunny days and at high altitudes. Digital sensors are not as sensitive to ultraviolet light. Plus, at lower elevations—as I experience in the deserts of Arizona and along the Oregon and Maine coasts—you are unlikely to see any noticeable effect on your image whether you use film or digital technology.

If you aren’t using film and you aren’t shooting from the top of a 14,000-foot mountain summit, why bother with it?

Camera shops like to sell photographers UV filters to help protect a camera lens from scratching or breaking. They are trying to save you money by offering you what is essentially an insurance policy. If you drop your $1,500 lens and shatter the front element, needless to say, it’s an expensive fix. However, if you have a UV filter on the front, it’s possible you’ll shatter it and not the lens. I’m not great at math, but it’d be a lot cheaper, and likely faster, to replace a UV filter than a $1,500 lens. However, in order for this work, you have to drop the lens just right such that the filter is affected and not the lens.

How good of a lens dropper are you?

It turns out, I’m a really effective one. (I should add that to my resume…) I’ve had at least two lenses saved by UV filters when my camera set-up decided to join the wind and take a dive face-first into the ground unexpectedly on two separate occasions. Fun times! Of course, the UV filters shattered and died. But it was certainly substantially cheaper to replace the UV filter than an entire lens.

Even still, back in the day, I found it cumbersome, to the point of annoyance, to remove my UV filter every time I photographed backlight (to avoid lens flare in my final images) and when I wanted to use a polarizer. It seemed I was using my polarizer all the time.

For awhile, I just left the UV filter on and added my polarizer on top of it. Even though The Almighty Gods of Photography—the internet—will say putting any form of glass in front of your lens affects image quality, reduces sharpness and contrast (in quantities unnoticeable to an untrained eye—and difficult for a trained eye to see), and increases the likelihood of lens flare and other artifacts, I’m not against stacking filters. In fact, I stack my polarizer and graduated neutral density filters often. But since I’m also a wide-angle lens addict, I started seeing consistent dark vignetting around the corners of my frame (because the lens’ field of view was wider than what the filters allowed—the stack stuck out from the lens too far). I grew tired of taking a few steps backwards to expand my composition so I could crop my frame later in processing. With slide film, I simply couldn’t crop the corners off. By working around the problem, it felt like I had introduced new ones.

Photographing is supposed to be fun, right? If we’re wrestling with our equipment, our mental energy is elsewhere. We aren’t able to direct our attention to making creative, expressive images.

So while a viable work-around existed, I stopped using UV filters. I started keeping my polarizer on the front of my lens at all times (except when photographing backlight). That meant I’d lose one- to two-stops of light in my exposure times, which let’s face it, wasn’t a big deal in photographing non-moving subjects like rocks. When photographing moving subjects like ocean waves or in cases where I wish to use intentional camera movement, it actually became beneficial in blurring the motion. If I saw my shutter speed was too slow and I didn’t want to increase my ISO (because it’s already at ISO 800 or 1600), I took the polarizer off temporarily until I finished with my composition, then put it back on. All this said, if I spent a considerable amount of time photographing moving objects, like wildlife or people—and I don’t—a polarizer might be detrimental to creating the images you wish. It could slow the shutter speed down too much to freeze action, particularly in lower light situations. For me and the type of work I do, though, it helps me achieve my goals.

One brave and gallant polarizer has saved one of my lenses when my camera and tripod decided to take yet another unauthorized journey straight into granite rock. Sure, it cost me more to replace my polarizer than a UV filter. It was still cheaper than replacing a lens. Besides, my polarizer was already scratched up and needed replacing anyhow. (Which is a reminder to also keep your lens cap on your lens when you aren’t photographing…)

So should you protect your lens from shattering when (not if…) you drop it? Yes. Must that be a UV filter? Not necessarily. For me, keeping a polarizer filter on my lens adds value in multiple ways that a UV filter can’t and doesn’t offer.

That said, I’ll do me. You do you. I care not how you accomplish protecting yourself from your camera taking a spill, only that you do so that you can concentrate more on being in the moment and making images you’re excited about.

Have a question about photography, art, and/or the creative life? Need some advice? Looking for inspiration? Send your question to Dear Bubbles at cms@cms-photo.com to be possibly featured in a future column post. (If you’d prefer a different display name than your real first name, please include your preferred nickname in your note. 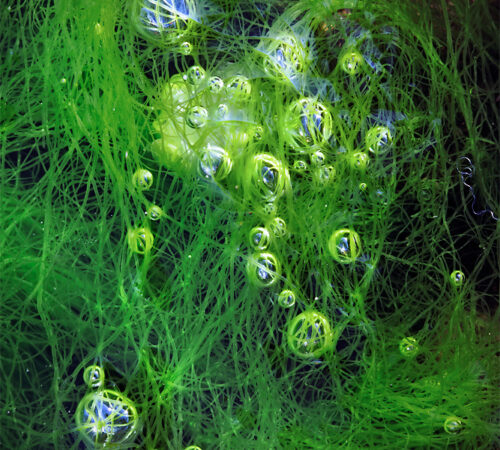 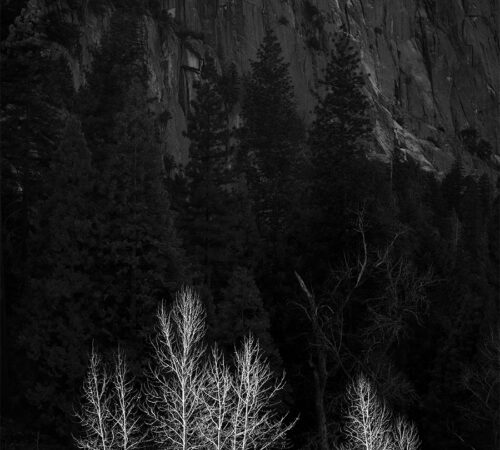 Becoming One with the Right Tripod 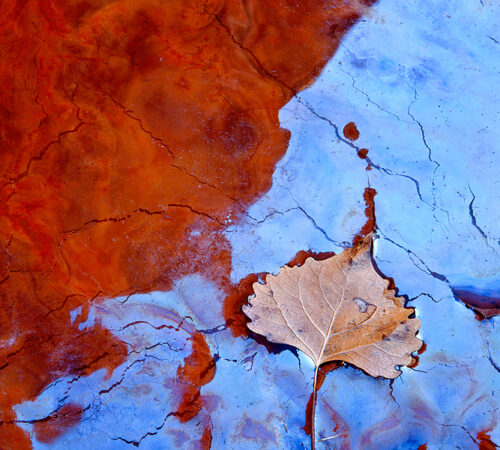