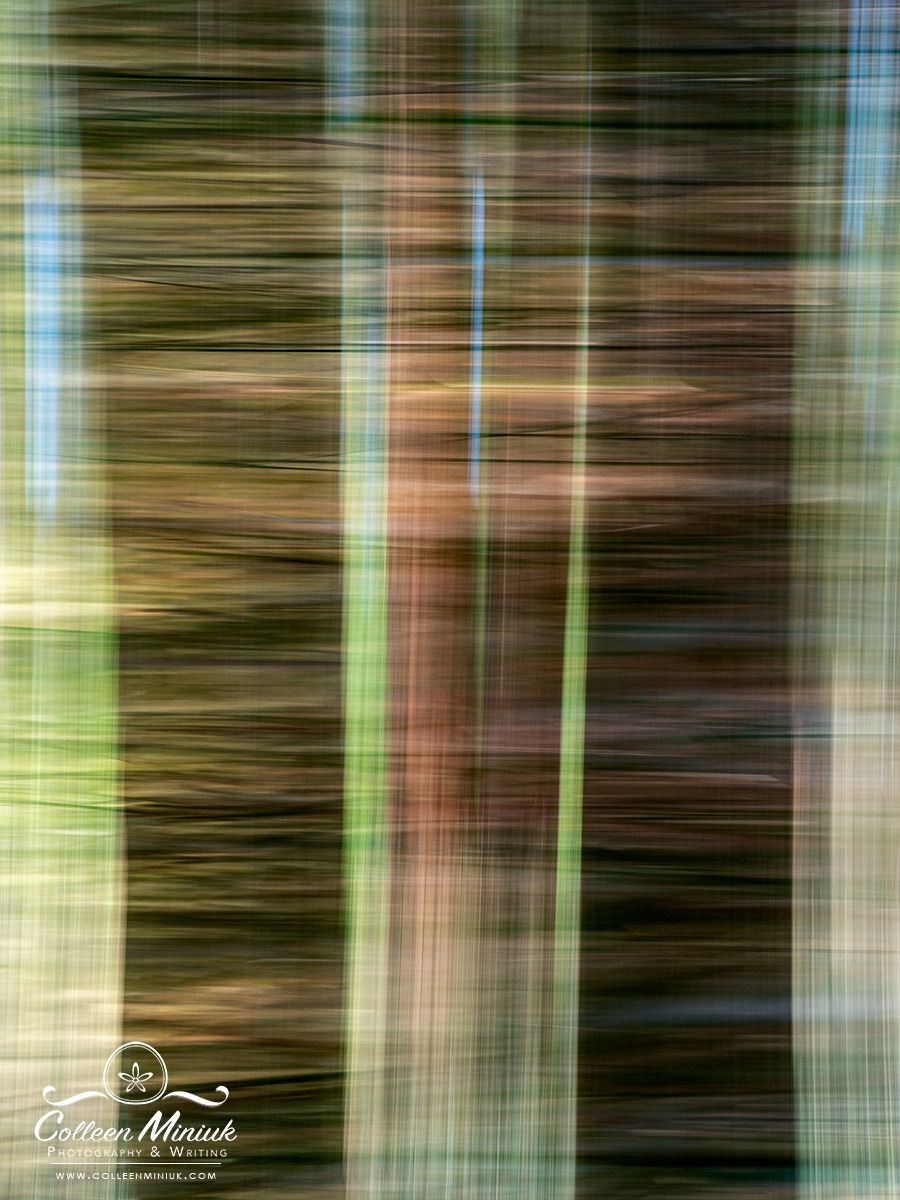 Dear Bubbles:
What photographers inspire you (dead or alive)?  And can you throw in one that is not a landscape photographer just to shake it up and see what those marbles in your brain are up to? Is there a particular photographer that you’ve never met that you’d like to sit down with and gab about photography over a beer?
~Donna

Dear Donna:
Creative experts agree that nothing is original, that a new idea is inspired by something, typically two or more existing things put together in a new and different way. While we could philosophically debate the origin of thought, the importance of being a hunter and gather of outside knowledge in feeding the creative process cannot be underestimated. Since learning about the Wallas Model of Creativity—on which creative experts also agree—I’ve put much greater emphasis in my photography practice on seeking external ideas, even more so than snapping the shutter. And being a photographer is my full-time job.

As Austin Kleon wrote about in his book, Steal Like an Artist, the point in gaining inspiration from others isn’t to become a clone of what everyone else is doing. It’s to challenge your habits, understand different processes, refine your tastes, and incorporate the parts that inspire you into your own work in your own way. He, and others (including me!), recommends taking this on as a deliberate act in our creative pursuits and lives. It’s sometimes challenging to pinpoint where the motivation for an idea comes from, though, especially given the onslaught of stimuli we subject our brains to every day in this Information Age.

In other words, identifying sources of inspiration can be difficult, and when done sometimes feels more like a popularity contest. To try to name all who inspire me would be near impossible. I’d inevitably and unintentionally leave people out, which would unfortunately only result in hurt feelings (which is why I despise any form of “Top 10” lists…). I really don’t like making people feel bad. I don’t want the photography community to be segregated into exclusive clubs. I wish for it to be an inclusive place where diverse ideas are freely exchanged without judgment, where everyone belongs, everyone matters, and everyone inspires everyone when the occasion passes. (I also wish for world peace, in case you’re wondering.)

So I’ll start by answering your questions with this: I can and do gain inspiration from anywhere and everywhere. From professional and amateur photographers alike, my workshop students, painters, sculptors, poets, writers, musicians, dancers, and weavers to engineers, housekeepers, grocery store clerks, taxi drivers, lawyers, and more. Everyone on this Earth looks at the world through a different lens, and I believe I can learn something from everyone. This isn’t a cop out. The creative process requires it.

That said, I would be remiss if I didn’t recognize that many, many individuals (dead and alive) have had a profound impact on my photography and creative journey. My first photography class in 2001 introduced me to my first photographic influence, none other than Ansel Adams. Since I started making nature photographers in traditional black and white film, it seemed only fitting to study his work in detail. Further research led me to other legendary photographers like Edward Weston, Minor White, Eliot Porter, Philip Hyde, Alfred Steiglitz, and Henry Cartier-Bresson.

My world turned upside down when I received The Inner Game of Outdoor Photography by Galen Rowell for Christmas in 2001. His combination of visualization, technical perfection, and outdoor adventure impressed me. For a long time, I wanted to be the female version of Galen. That was before I bought into the whole “steal like an artist” and the “you do you” gigs.

Then, all two marbles in my overanalytical, perfectionist mind blew when two Canadian friends introduced me to Freeman Patterson. He created things with his camera I had never imagined before. You mean, I can move the camera during the exposure without spontaneously combusting? WHOA, I thought. Although I tried to make my way through his concepts early in my training, my brain wasn’t ready for them. I have since reread many of his writings and starting embracing his creative freedom philosophies once my perspective on creativity and personal expression began evolving starting in 2013.

As I took more classes in between 2001 and 2003—and with my love for photography growing—I subscribed to the world-renowned Arizona Highways magazine. Living in Arizona, it was hard to not be inspired by the photographs created by photographers like Josef and David Muench, Jack Dykinga, Gary Ladd, LeRoy DeJolie, Richard Maack, Peter Ensenberger, Bernadette Heath, Nick Berezenko, Larry Lindahl, Jeff Snyder, and Paul Gill. I studied the magazine not only to soak in its inherent beauty, but also to give me direction in my budding photography business. If I wanted to get published in their magazine “someday”—a goal I created for myself in 2003 after seeing a classmate’s photograph in a separate magazine—I needed to know who had photographed what already and what areas and things hadn’t been covered yet (with the thought that I’d focus on the latter). That effort paid off. My “someday” came in January 2006 when Arizona Highways published a photograph I made of a Navajo silversmith as a two-page spread on the inside cover.

Shortly after I left my software engineering job at Intel Corporation in 2007, I became entranced with women photographers, many of whom broke through societal barriers and traveled alone during their careers, as my role models. I looked to Sharlot Hall, who served as the Arizona Territory’s Territorial Historian from 1909 to 1912 (the first woman to hold a government position in the Arizona Territory). She was also a journalist, a poet, and—many don’t know this—a talented photographer. With camera in hand, she made an unprecedented trip to the Arizona Strip (the land north of the Grand Canyon and Colorado River extending to the Utah and Nevada borders) in 1911. It is believed her photographs of that area, along with her writings, helped keep that land with Arizona (and not Utah).

I then learned about Vivien Maier. Her story made me wonder, ““If no one saw my photographs, would I still photograph?” For the answer and more background on how her life inspired my own, visit my earlier Dear Bubbles post, If No One Saw Your Photos.

I also enjoyed reading stories about Dorothea Lange’s involvement in the Farm Security Administration during the Depression, Imogen Cunningham’s work with Vanity Fair, Evelyn Cameron’s travels across Montana alone to make family portraits, and Annie Griffiths’ escapades across the world as one of National Geographic’s first female photographers. Annie’s involvement in conservation work opened my eyes to the deeds of the International League of Conservation Photographers (ILCP). Their collective work led me to believe photography could be used to tell rich and important stories with broader audiences, that photography could be more than just making a picture to hang over someone’s fireplace (which was, no doubt, rewarding, but limiting, in its influence). That swayed me to stop showing my work in local art shows around 2010. Instead, I started pairing my photographs with writing (another love of mine), which led to me to produce magazine articles, books, and blogs. Over time, my interest in water and water-related issues, particularly those in the West involving the Colorado River system, has grown and has thus directed much of my recent photography and writing endeavors.

Today, thanks to social media outlets, I follow a large number of amazing professional and amateur landscape photographers who consistently produce inspiring work—some of whom I’ve met, some I haven’t. I have a smaller community of friends who provide endless inspiration and motivation, not just from when their photographs appear on my Facebook feed but also from the many engaging conversations we’ve shared over the years about photography, the outdoors, and life. Through much banter (sometimes around campfires and over adult beverages), my buddies Guy Tal, Michael Gordon, Chuck Kimmerle, Bruce Hucko, Floris van Breugel, Bob Thayer, and Paul Gill have positively influenced how I live my own creative life.

My two travel partners during my three Through Each Others Eyes (TEOE) photographic exchanges, Art Holeman and Ken Ross, as well as all the photographers we met during the exchanges, have broadened my horizons as well. They’ve both taught me important lessons about travel, art, and living. (Ken is Elizabeth Kübler-Ross‘ son. Elizabeth, among her many other accomplishments, wrote the best-selling book, On Death and Dying.) Neither Art nor Ken deem himself to be a “landscape photographer.”

The work of wildlife photographer Frans Lanting also captivates me. I initially came across his work years ago while trying to learn how to incorporate artificial lighting (flash), of all things, into nature photography. I quickly became intrigued with his knowledge of animal behavior and ability to express a deep connection with his (moving!!) subjects. His photographs go well beyond what we typically see as “wildlife” photography. And he uses them to help educate people and make the world a better place. Perhaps it’s no surprise that he’s a member of the ICLP.

I know you only asked for one, but I must throw in a second (one for each marble in my brain!): Ian McAllister. If you’ve not seen his photographs from the Great Bear Rainforest, specifically the “sea wolves” and spirit bears, I’d highly recommend picking up copies of his many books. He, too, belongs to the ICLP. (I’m sensing a trend here…)

As to your final question, I would thoroughly enjoy drinking a beer and gabbing about photography with anyone I’ve mentioned in this post—everyone from photographers I haven’t yet met to my workshop participants to grocery store clerks to my buddies I haven’t seen in sometime because of the pandemic. If forced to narrow down my choices, though, if either were still alive, I’d love to chat over beers with Ansel and Galen. Wait! I’m going to change my mind. We wouldn’t have beers. We’d toast bubbly since those two were the dominant seeds that started all of this for me.

Micro Difference Between Macro and Close-Up

Don't Go Astray on a Bokeh 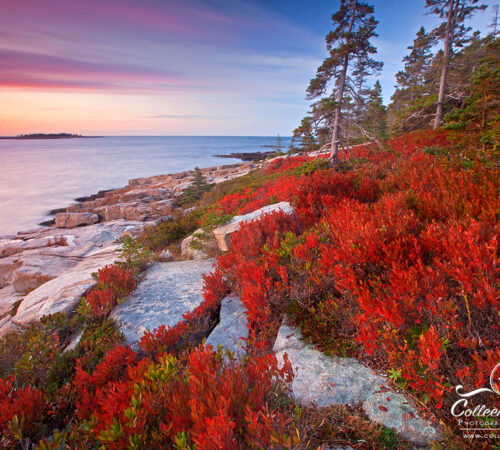 Get Your Ikigai On 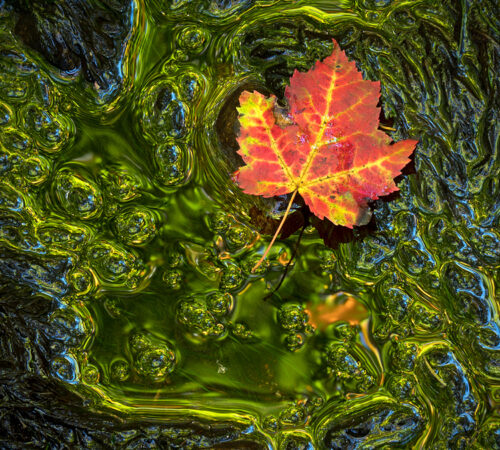 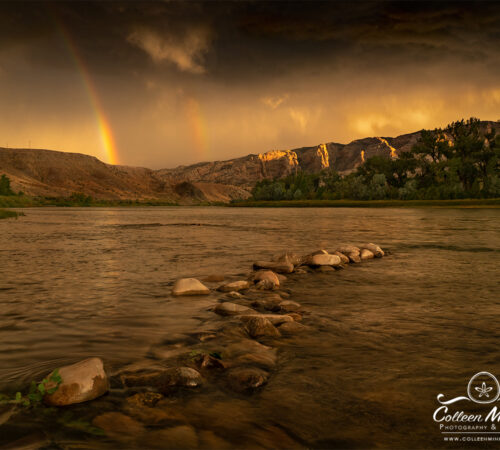